WAVE. PARTICLE. DUPLEX. explores the use of technology to overcome our urban estrangement from the natural world and the solar cycles in the way that standing stones of ancient civilizations were a technology to worship the Sun. Beyond the worship of our stars, the works celebrate the awe for energy, itself, and the significance for the invisible world that exist around us.

Dawn Particles is a series of handblown, glass vessels containing Krypton in the form of plasma; the fourth state of matter after solid, liquid and gas and the most abundant state of matter in our universe. Plasma is charged gas that is responsive to magnetism. Examples of it include our sun and all the stars in the universe, the tail of a comets, and the northern lights. The fluctuating voltage creates varying intensity of the plasma emitting an unearthly light within the vacuum.

Fog Paintings are fog filled vitrines lit with light passing through a dichroic filter. The lights that orbit and shift between hues are desaturated and scattered by the fog. The effect is much like the Sun passing through gasses and clouds in our atmosphere. The medium of swirling fog in cycles of turbulence and settling creates a shifting volume of light and color; distorting a sense of weight, space and time. The works are inspired by the transcendentalist landscape painters such as Turner and Thomas Cole who used the depiction of nature and light to evoke the feeling of the sublime and the spirit of nature. 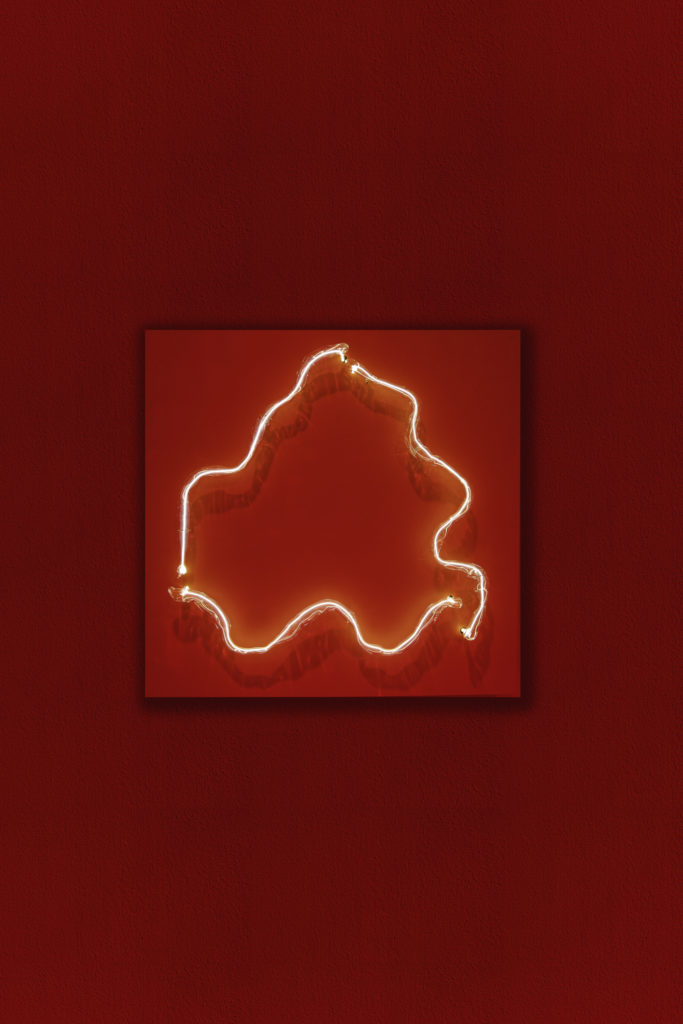 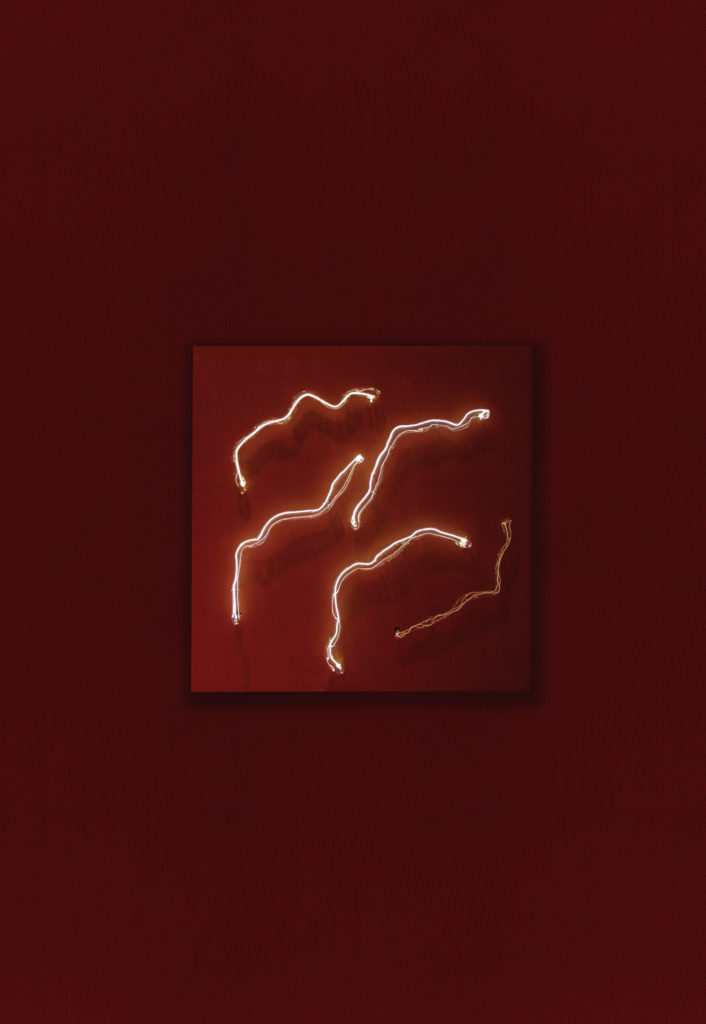 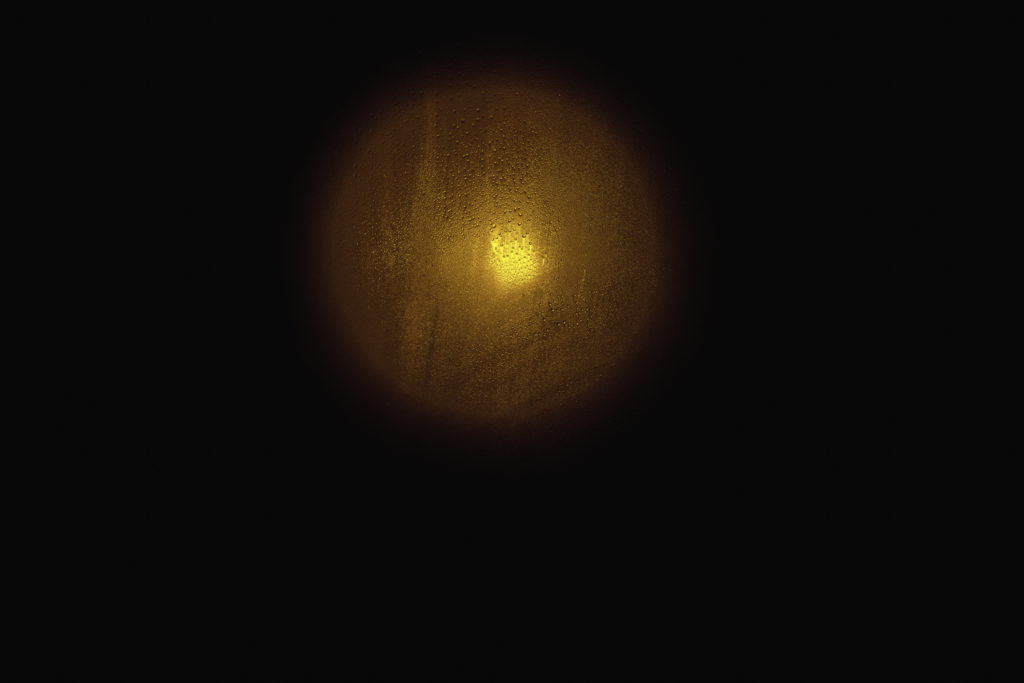 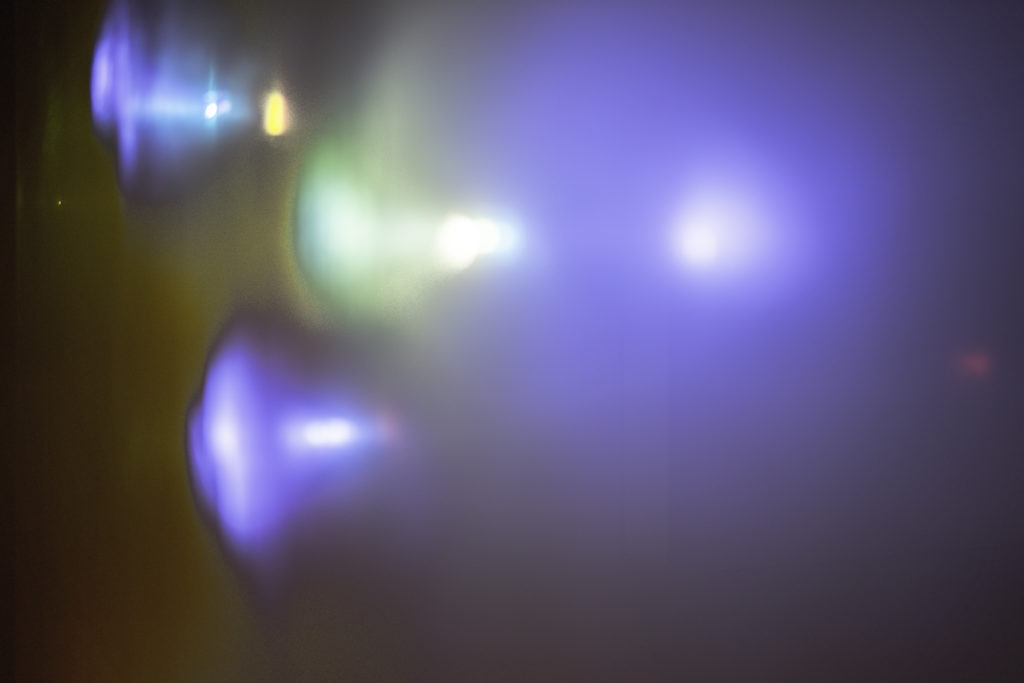 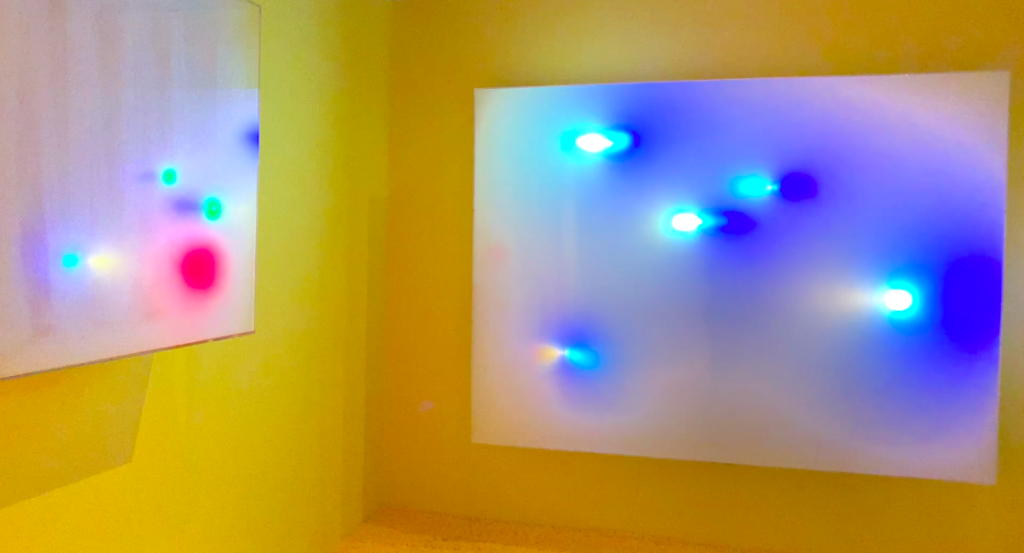